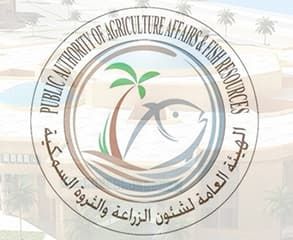 The Public Authority for Agricultural Affairs and Fish Resources (PAAAFR) seeks to achieve self sufficiency of locally consumed fish as part of its ambitious strategy aimed at narrowing the supply demand gap. The strategy tends to expand and enhance several operations and projects such as fish farming, natural fish reserve in territorial waters, all listed in 2018-19 development plan. Fish farming could fill 50% of fresh fish deficit by 2025 if the authority can complete all its planned projects as per schedule.

Salem Al-Hai, Head of Fish Farming department at PAAAFR stated that the government is currently heading towards encouraging fish farming in the country hence giving PAAAFR a bigger motivation to accomplish that goal. He added that the Authority has developed a carefully studied strategy that include a number of future projects aimed at providing consumers in Kuwait with sufficient quantities of fish and limiting price increases in markets. The economic fish farming project, listed in the government’s 2018-19 development plan, is geared towards enhancing methods and ways of fish production, increasing production quantities, and improving the quality of farmed fish.

The Authority plans to build the National Hatchery (2008) in Wafra area to support fish farms authorized in breeding Tilapia fish with a production capacity of 80,000-90,000 annually. PAAAFR also plans to launch another important project aimed at farming sea fish in oating cages in Khairan area in southern Kuwait. The projects aim at attaining an annual production of 10 to 15 tons of fish for each farm, training around 10 of PAAAFR’s staff on modern techniques of fish farming, enhancing techniques and systems of the integrated fish farming in arable lands, guiding fish farmers to methods and ways of intensified fish farming, and promoting fish farming techniques to increase production in farms.